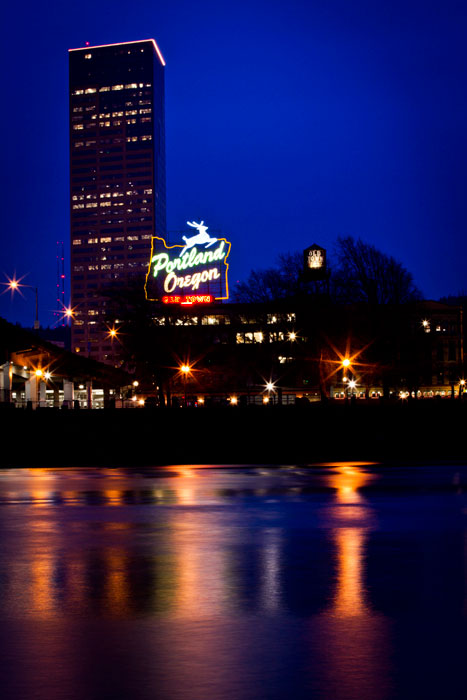 I took this nearly a month ago.

This sign is without a doubt, one of Portland’s icons. It lives on the west side of the Burnside Bridge, but it wasn’t until tonight that I knew the history of the sign.

It was erected in 1940 for White Satin Sugar. In 1950, the outline of Oregon was animated to fill up with white sugar.

In 1997 the name White Stag name was changed to Made in Oregon and Sportswear was changed to Old Town, but the debates continued. After a threat to dismantle the sign in 2009, the city of Portland agreed to pay the sign company $2,000 a month for maintenance and electricity, and in 2010 money was donated to change the lettering to Portland, Oregon.

Get in touch for a portrait consultation

My little rustic studio is located in the heart of the Willamette Valley. Nestled in NE Salem each session begins in the studio with lighting and ends with a romp in our pet-friendly acre of gardens.