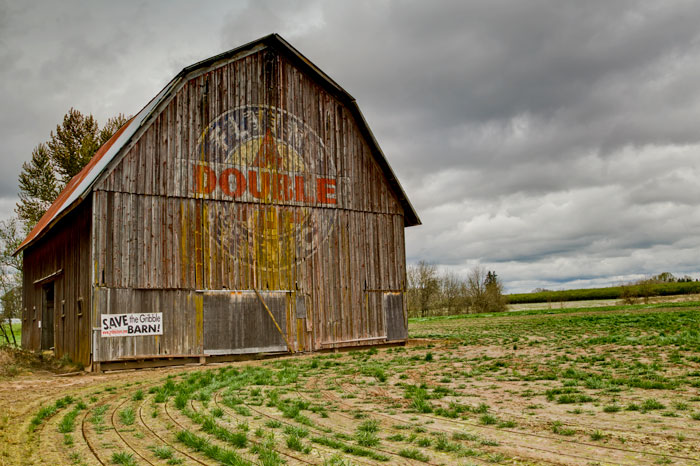 As I was doing some research yesterday for Dr. Pierce’s barn, I discovered another barn not far from our house… it is also in trouble.

The barn was built in 1907 and the barn itself is still owned by a Gribble, but the land it sits on is owned by someone that wants to see the barn go away.

The “Flying Double A” logo was painted on by a Portland company in 1986 to run in a national ad for Burger King. Maybe they should pony up to save the barn. :o))) Search as I may, I can’t find a commercial or ad to back it up.

On a side note, I e-mailed a delightful blogger from Cottage Grove last night asking about the Pierce barn. It’s fate is in jeopardy. The new owner of the property wants it torn down. The city council has given it a 90 day stay of demolition. Sigh.

Get in touch for a portrait consultation

My little rustic studio is located in the heart of the Willamette Valley. Nestled in NE Salem each session begins in the studio with lighting and ends with a romp in our pet-friendly acre of gardens.